Make sure that fields with a history of Sclerotinia blight are protected. The last effective spray date for today is August 10. This accounts for 3 weeks of protection following a fungicide application. Fields that have not been sprayed since August 10 are not protected.

It is very important to catch Sclerotinia outbreaks when they first occur – this is the time when fungicides are most effective at controlling the disease. Scout carefully if you are in doubt about your field history or control efforts to date.

Even in fairly advanced cases, Sclerotinia blight can be hard to see unless you check plants thoroughly. Scout by checking 50 feet of row in several locations across a field. Part the rows and check inside the canopy for the fluffy growth of the Sclerotinia blight fungus on stems, leaves, and pegs. Infections may be present on leaves and stems that are not touching the ground, particularly after a heavy rain. Other signs and symptoms include bleached and shredded stems and black fungus structures (sclerotia) that look like mouse or insect droppings. Sclerotia often are found on or inside stems and pods. 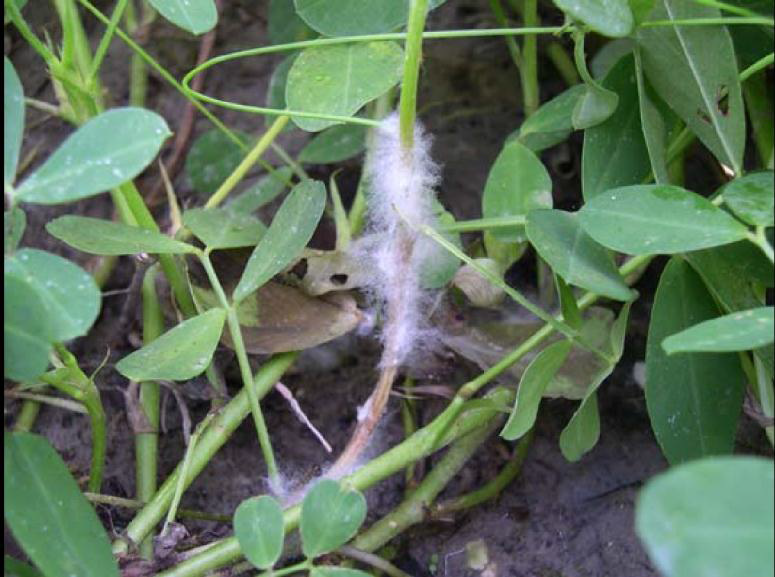 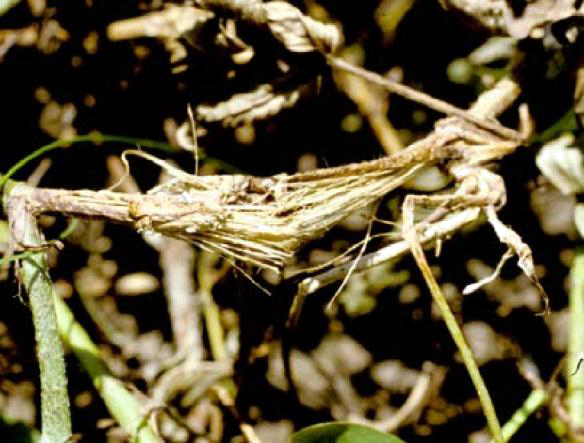 We are currently are working on yield loss models for Sclerotinia blight. While we have not finished our analysis, we have a rough idea of what to expect. Assuming a Sclerotinia‐free yield of 4,600 lb/a, yield decreases about 50 lb/a for every 1% incidence (plants diseased) of Sclerotinia blight at 110 days after planting. This suggests that a reasonable treatment threshold at this point in the season is between 2‐ 3% of plants diseased. If you expect a delayed harvest, I would definitely lean to the low end of this range (or even lower) so that you can maintain good control through the next several weeks.

Late leaf spot thrives when leaves are wet and night temperatures drop a bit. Late leaf spot is more difficult to control than early leaf spot. It will be very important to stay on top of late leaf spot control for the next couple of weeks ‐ or longer if you expect a delayed harvest. Be particularly watchful on highly susceptible cultivars like Gregory and Perry.

We have seen little to no web blotch in the past several years, but outbreaks sometimes follow a tropical storm. Web blotch is recognized as large (½‐inch) dark patches or blotches with faint or irregular margins. They are found only on the upper surface of the leaf at first. Young lesions have a grayish cast but later the blotches turn light brown. NC‐V11 and VA 98R are highly susceptible to web blotch and most prone to outbreaks. A good leaf spot control program usually will control web blotch. 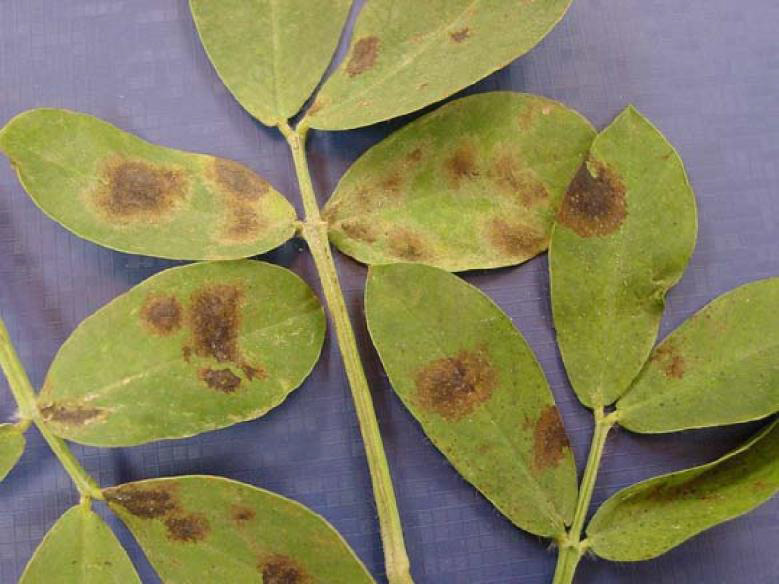 Headline will give excellent protection against late leaf spot and web blotch at 9 ‐12 oz/a. Most other foliar fungicides also perform well against these diseases. Avoid using tebuconazole since it is very weak against late leaf spot. Use a multi‐site fungicide such as Bravo (chlorothalonil) for the last spray of the season. This will help to reduce the risk of developing pathogen populations that are resistant to other fungicides.

Peanut rust is rare in North Carolina, but sometimes shows up after a storm. Peanut rust is NOT the same rust that infects soybeans, but in some ways it is similar. Like soybean rust, peanut rust does not survive our winters. It is a sporadic problem in the southern‐most peanut production areas of the US and is common in Central American and Caribbean countries. As with soybean rust, spores of peanut rust can be transported over long distances by hurricanes and other storms. Considering the path that Hurricane Irene took, it is possible that we will see scattered outbreaks of peanut rust. 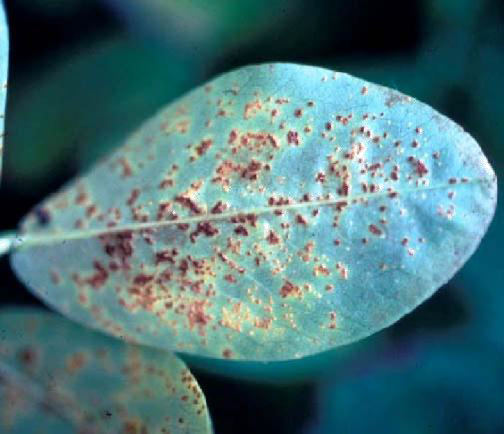 Peanut rust produces numerous small reddish‐brown pustules on the undersurface of the leaf. The pustules erupt to release millions of rust‐red spores. These spores will stain a white cloth or paper that is swiped on the underside of a rusted leaf. Rust epidemics start in hot spots and spread quickly. Fungicides that are effective against rust include Bravo, Abound, and tebuconazole. Tilt (propiconazole) is not effective.