I have attached a few images showing Thimet injury. Several folks have called and asked about it during the past few days. It can be alarming if you have been used to Temik. All indications are that peanut will grow out of the injury and it will not affect yield. The wet and cool temperatures in early to mid May slowed growth of peanut and most likely caused more injury. Also, the ample water we have had most likely kept Thimet in the soil water and allowed good uptake. In a normal year we might see more injury in portions of fields with less organic matter and less injury in bottoms with more organic matter. Our concern has always been light sandy soils with little organic matter. However, this year might be a little different because we have had some excessive rain and very wet areas in some fields. Peanuts in those areas have had even more trouble growing than those on the hills, and this can contribute to the inability of the peanut plant to metabolize the phorate molecule. Often, whether an herbicide or other pesticide, tolerance is based on the rate of metabolism of the compound to a non-phototoxic metabolite versus the ability of the compound to adversely affect normal physiology of the plant (which can lead to plant death, ultimately.) Any stress (wet, dry, hot, cold) that minimizes the plants ability to metabolize a compound increases the risk of getting more damage than normal. The key is the health of the new leaves.

I’ll send a note early in the week indicating what time we will meet on Monday June 11 to look at early season thrips control and other issues. Hope you can make it.

I’ll think a little about plant stands and what constitutes a replant. Jay Chapin and I did some work a few years ago and as you know peanut do a great job compensating. Sometimes dropping in to replant helps a person sleep better but it might not help at the end of the season. Recall that Dr. Isleib has some really high yields and his peanuts are spaced quite far apart. The challenge is that stand loss is often not very uniform like his plantings. More on this next week. I will also send a few images of injury from Valor SX. I suspect some of that is showing up too. 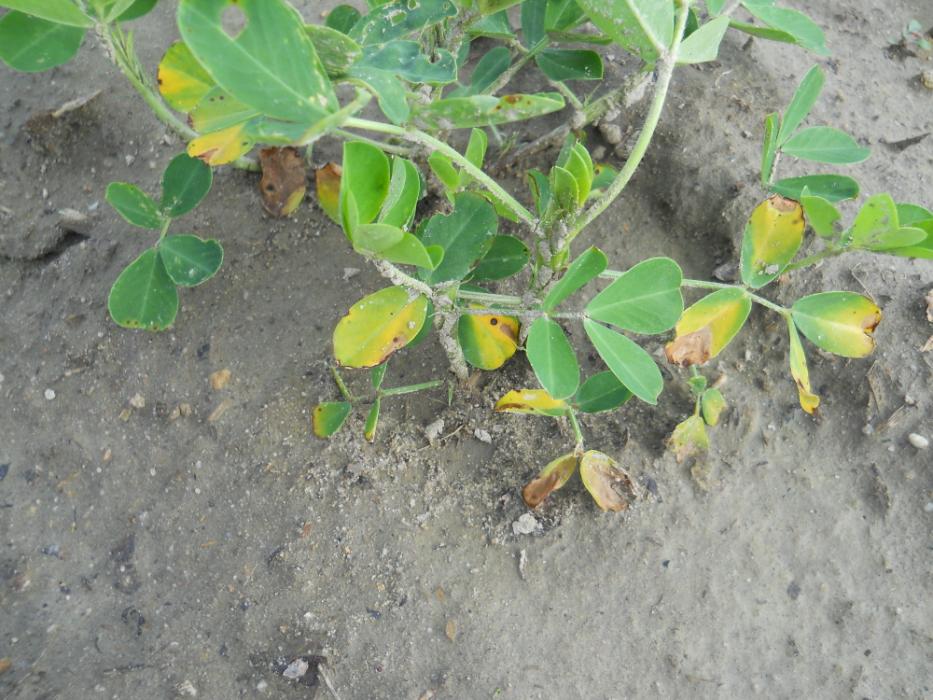 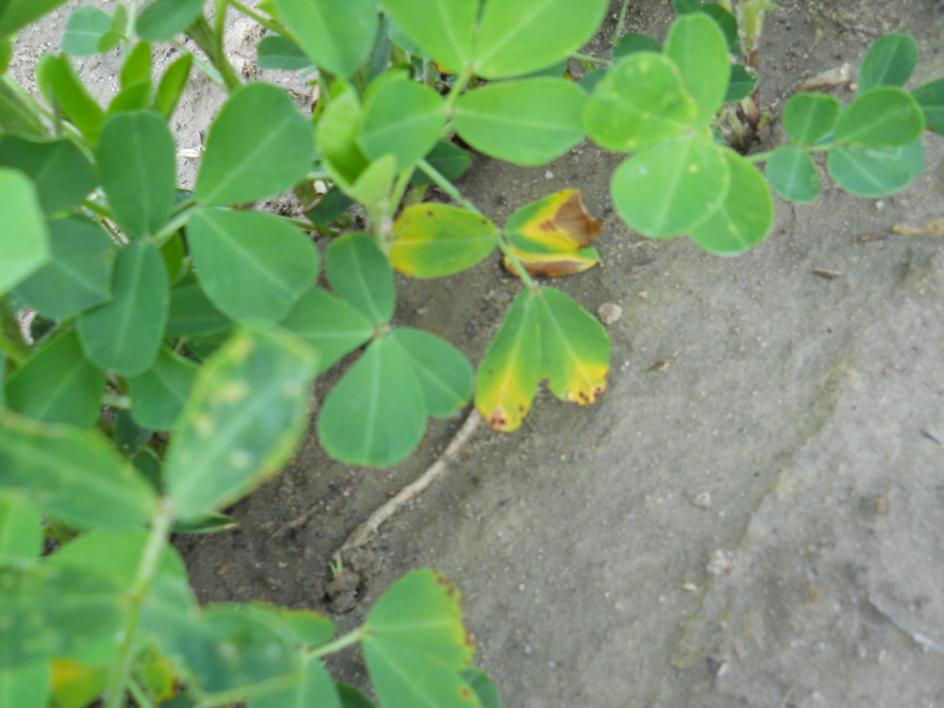 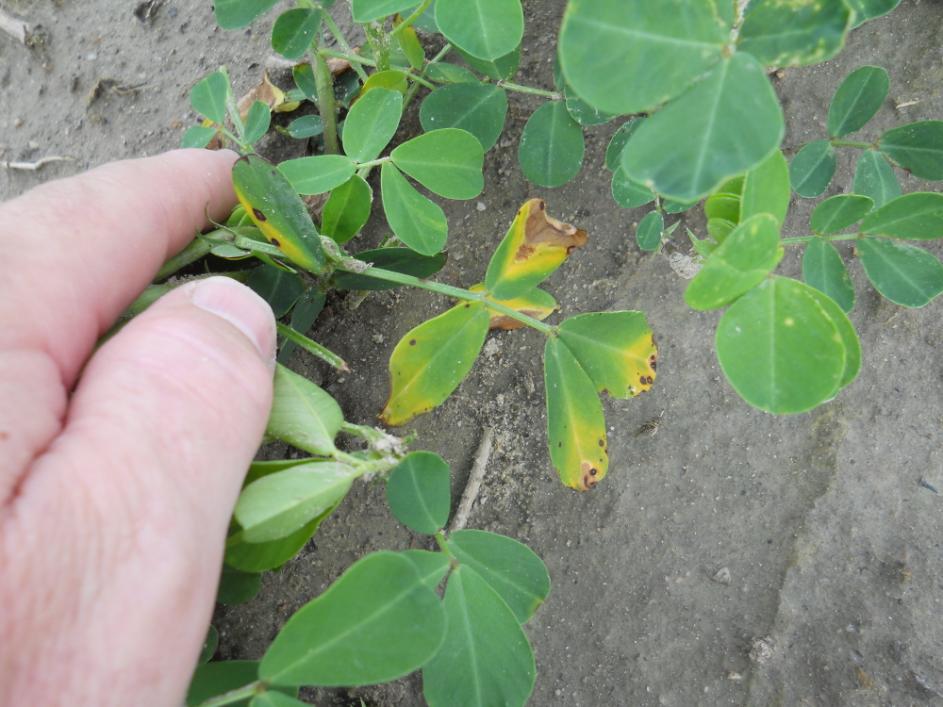 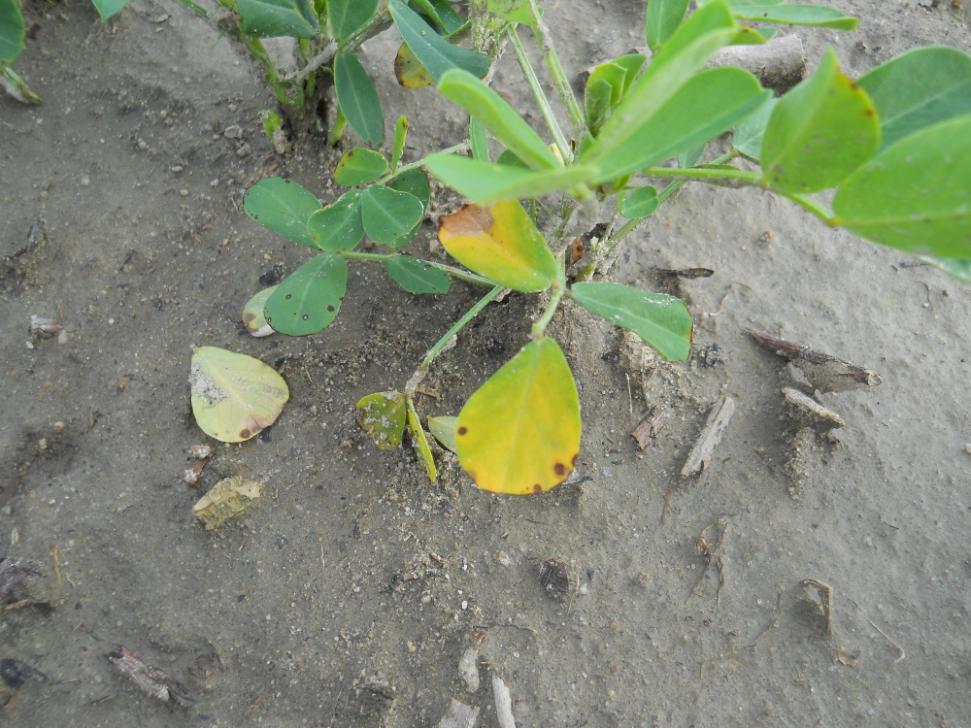