Find this article at:
go.ncsu.edu/readext?320095
— Written By David Jordan

Table 3-28 provides the conversion of seed per foot of row to pounds per acre in order to establish the desired plant population for a given variety. Germination percentage is not considered in this conversion, but it should be considered when planning planting.

In the Southeast, less tomato spotted wilt virus has been associated with twin row plantings than with single rows. Similar results have been observed in North Carolina. Higher plant populations and closer row spacings often result in fewer symptoms of virus. Pod yield of peanut in twin rows was higher than yield of single rows by 235 pounds per acre (Table 3-29). Seeding peanuts in narrow rows or at extremely high seeding rates has not increased yield over twin row plantings that establish a plant population of five plants per foot of row (sum of both twin rows).

Although higher seeding rates are needed, and higher rates if in-furrow insecticide and inoculant are required, twin rows tend to produce a greater taproot crop rather than a limb crop. This can improve uniformity of harvested peanuts, and in a dry season when peanut vines do no lap, this can result in higher yields. One of the detriments of twin row planting, especially with the higher plant populations, is excessive vine growth, which can make digging more difficult. 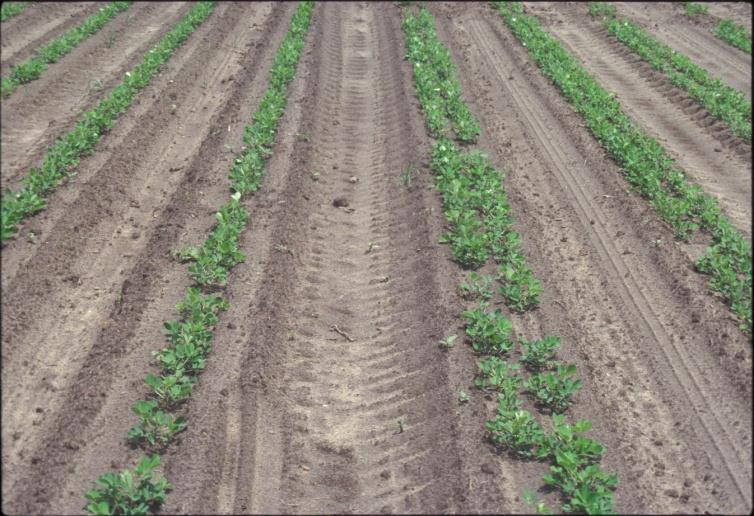 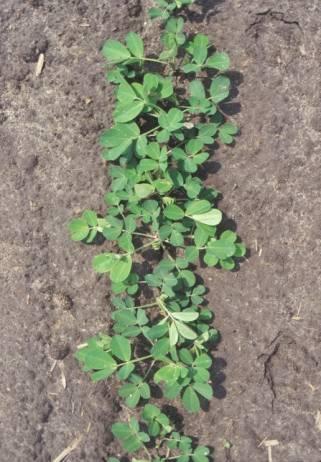 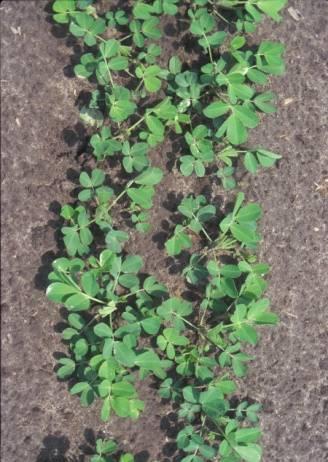 PDF version of this material