Find this article at:
go.ncsu.edu/readext?321346
— Written By David Jordan

These images were provided by a farmer. The injury appears to be from a PPO herbicide. Based on spray patterns the injury was specific to this field as the farmer planted and sprayed peanut with the same load in other fields and those peanuts look much better. Tobacco was grown in 2013. Whether or not this is Spartan carryover or excessive injury from Valor SX is an unknown. Peanuts in the other fields, where the farmer used a 2 oz/acre rate of Vaor SX, look good. Spartan Charge is labeled for peanut, so if this was a problem the rate must have been really high in tobacco. There appeared to be a pattern going across the peanut rows and may have been associated with tobacco. But this too is unknown. The peanuts have recovered a great deal and most likely will yield relatively well. There could be something else going on but nothing stands out to me. 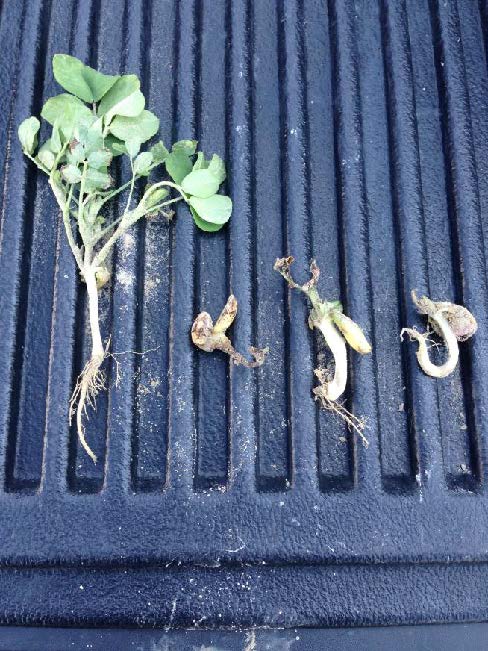 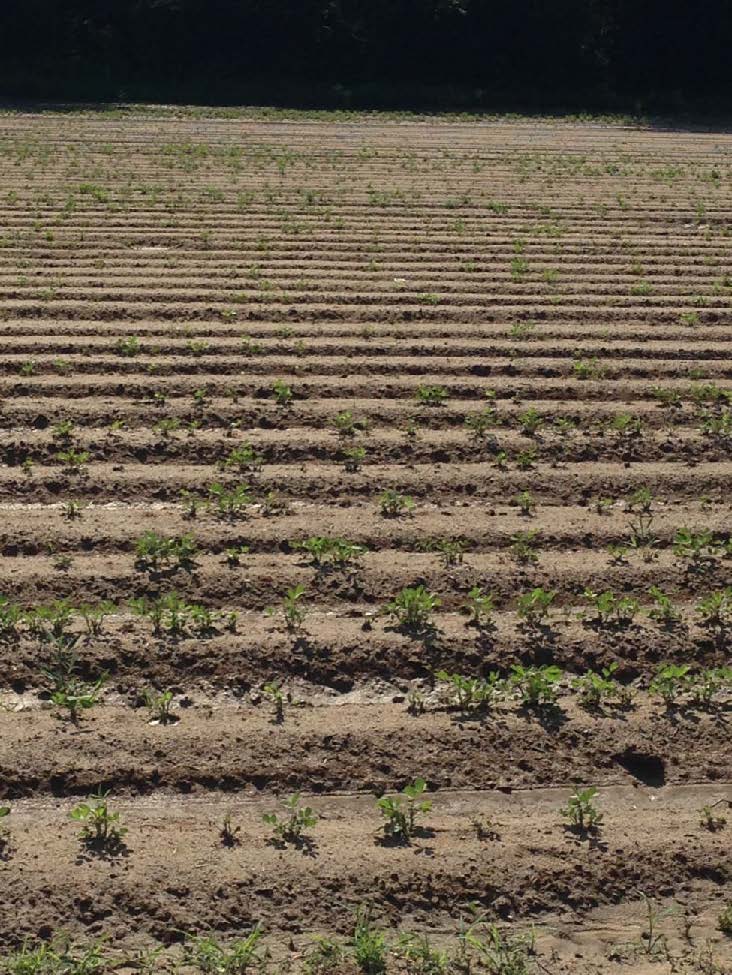 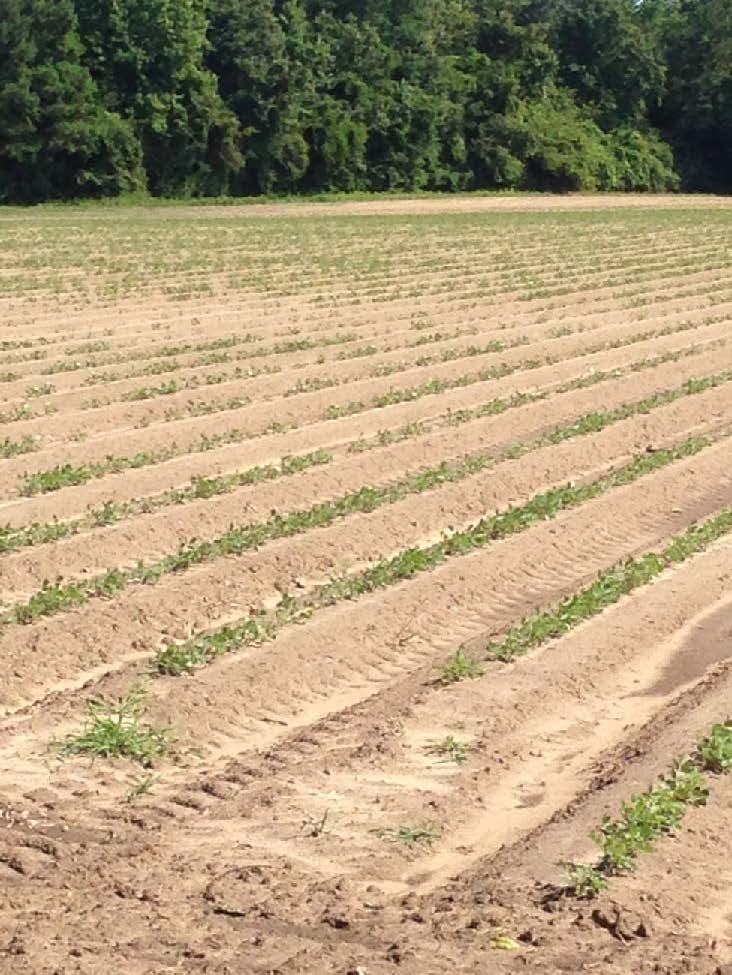