Received this photo from Norman in a new ground field. We are trying to work through the issue and have not determined the actual steps that led to this.

It is obvious it is a nitrogen deficiency. Right now we suspect inoculant was not put in the tank. I will keep you posted. But, no matter what mistake was made time is of the essence. My suggestion is that the grower applies at least 120 pounds of actual nitrogen as ammonium sulfate just as soon as possible. Our data show that with 120 pounds/acre of N (just under 600 pounds of ammonium sulfate) will get you back to 98% of the inoculated yield (page 29 in 2014 Peanut Information).

I am going to work with colleagues in South Carolina to calculate economic returns at various prices of nitrogen and yield potentials and peanut prices. I will include that information in 2015 Peanut Information. And, I suspect I will encourage one of you (agents) to present that information at the 2015 APRES meeting in Charleston, SC. 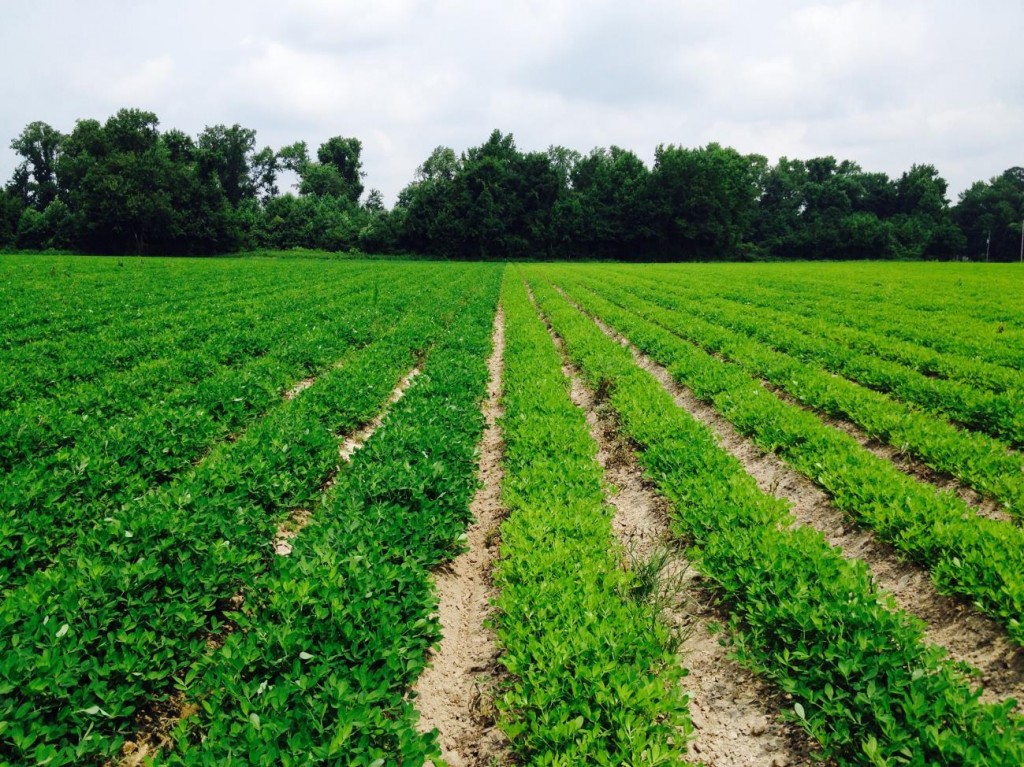