Find this article at:
go.ncsu.edu/readext?330903
— Written By David Jordan

Growers across the V-C region are digging peanut as quickly as possible to catch up from poor conditions during the week of September 22. Digging (Image 1) and combining (Image 2) operations have been relatively good since September 28 but farmers are behind. Approximately 60% of the crop in South Carolina has been dug with only 40% in North Carolina and Virginia. Approximately 35% of the crop has been harvested. There are approximately 3 weeks remaining for the 2014 peanut crop in the V-C region depending on weather conditions and the impact on both digging and harvesting but especially digging (Images 3, 4, 5). Peanuts in the V-C region continue to be poised to yield and grade well but weather conditions need to improve to realize this potential. Acreage projection is 205,000 acres or 83,000 hectares in the region. Average yield potential is estimated at approximately 4,000 pounds per acre and will be influenced by rainfall and temperature in coming weeks and their impact on field operations. 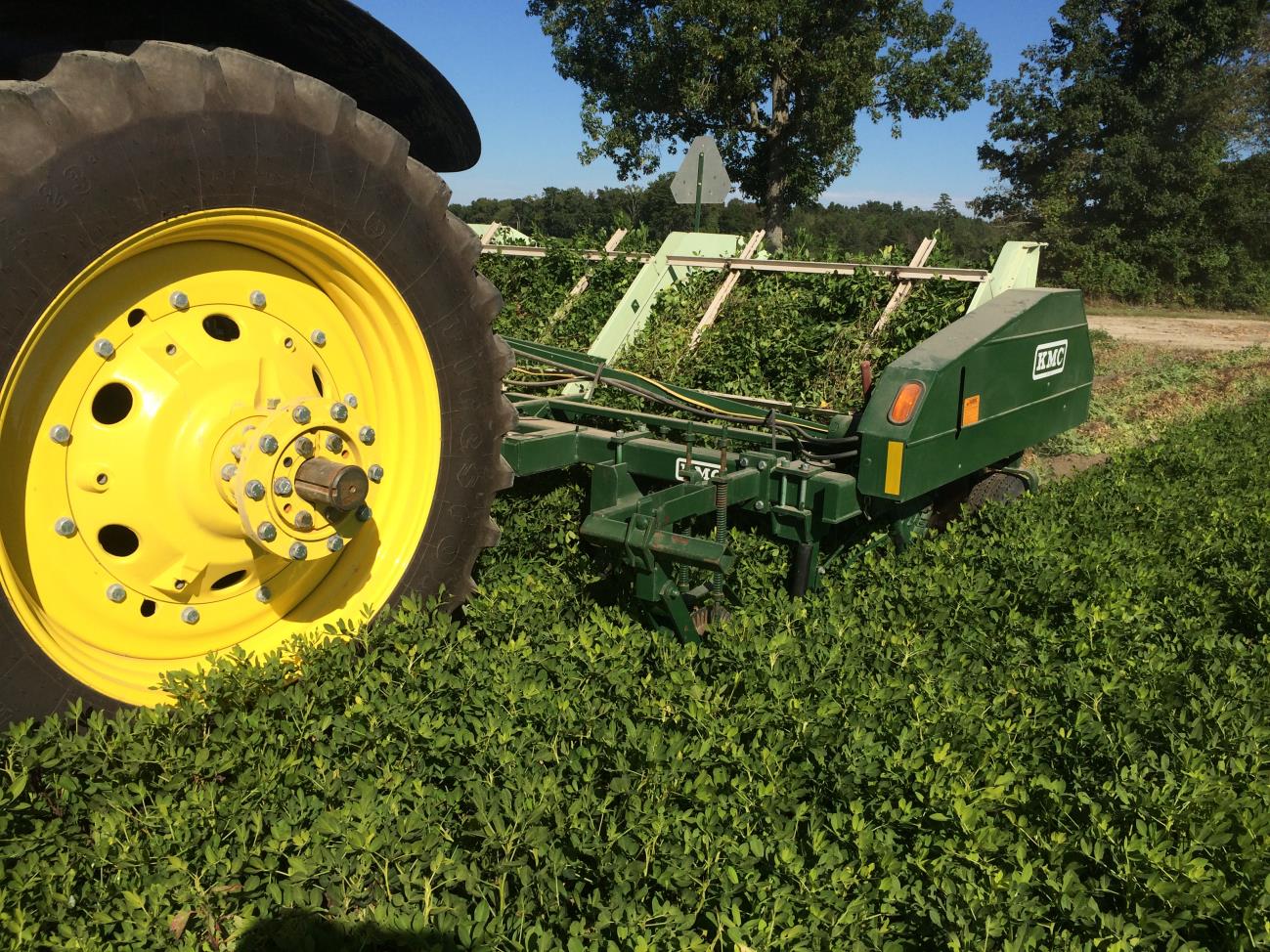 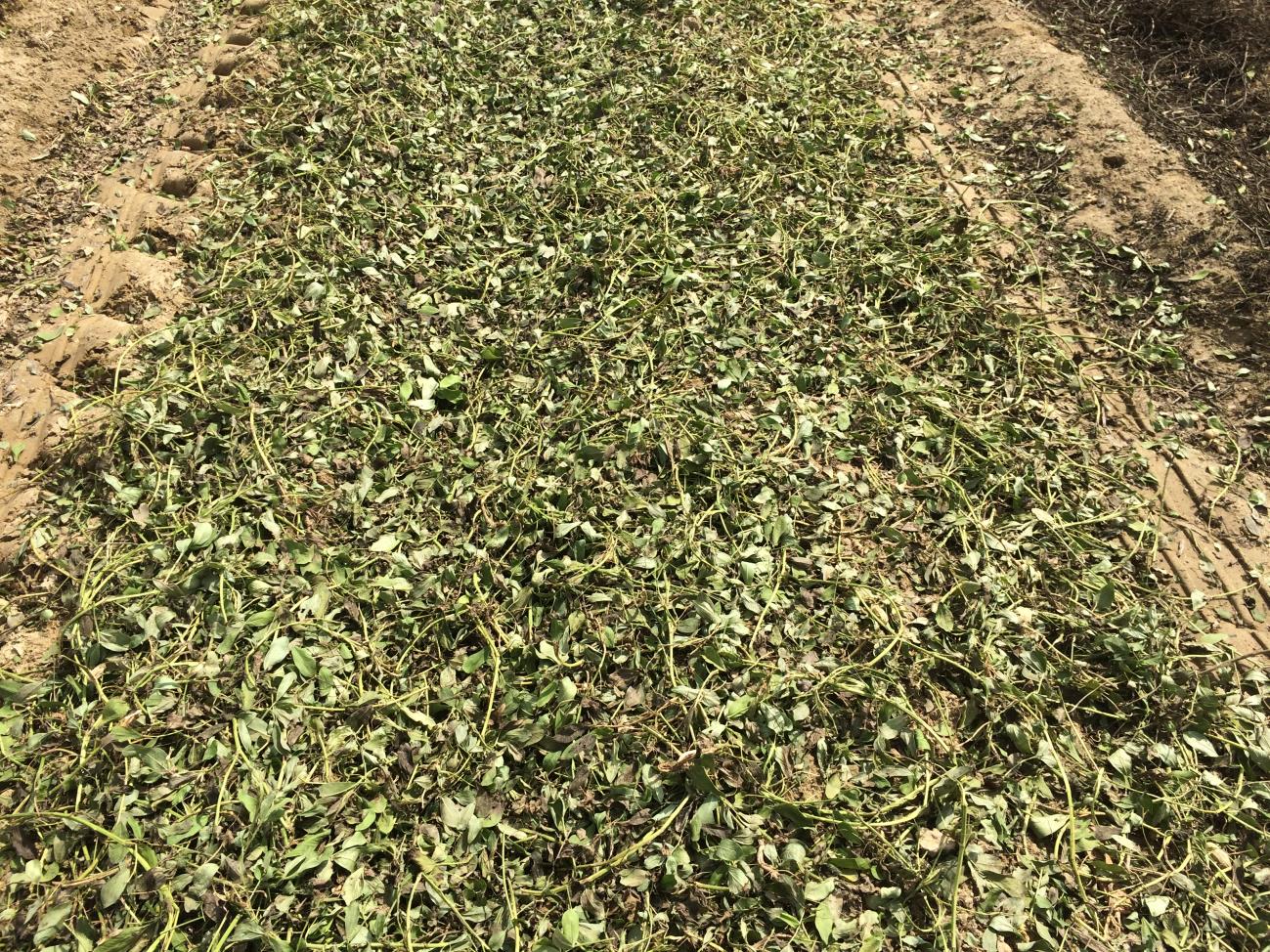 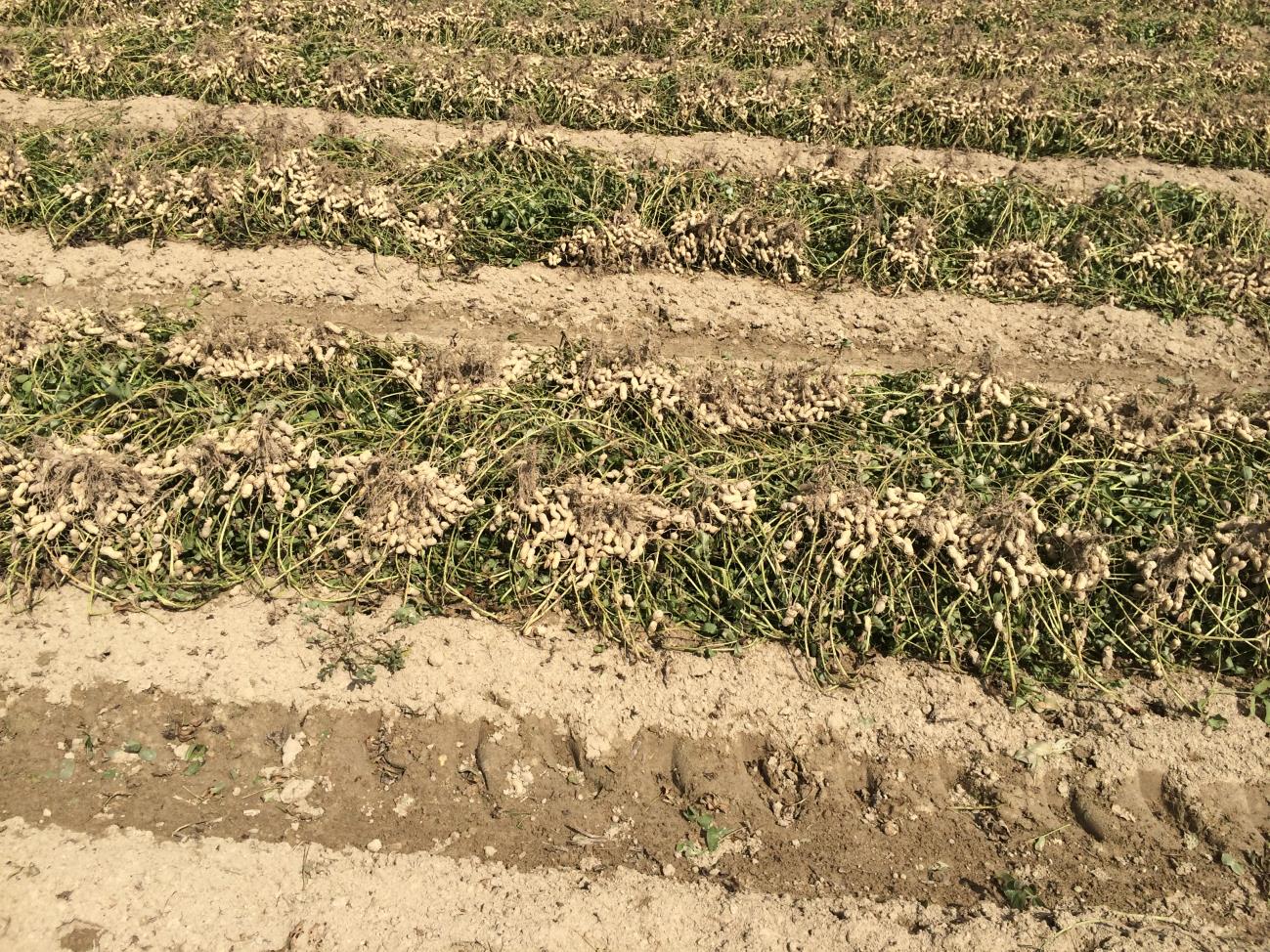 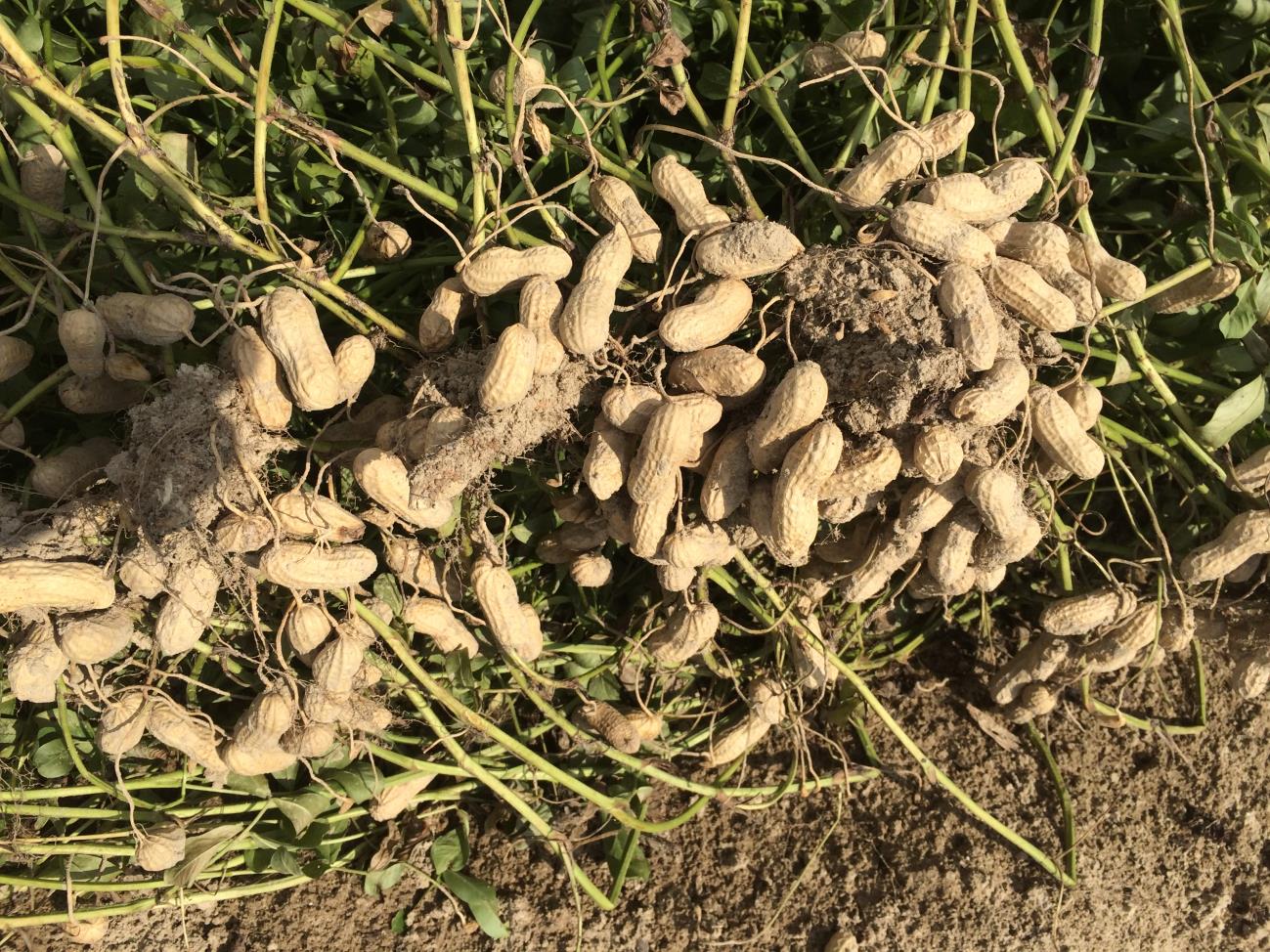 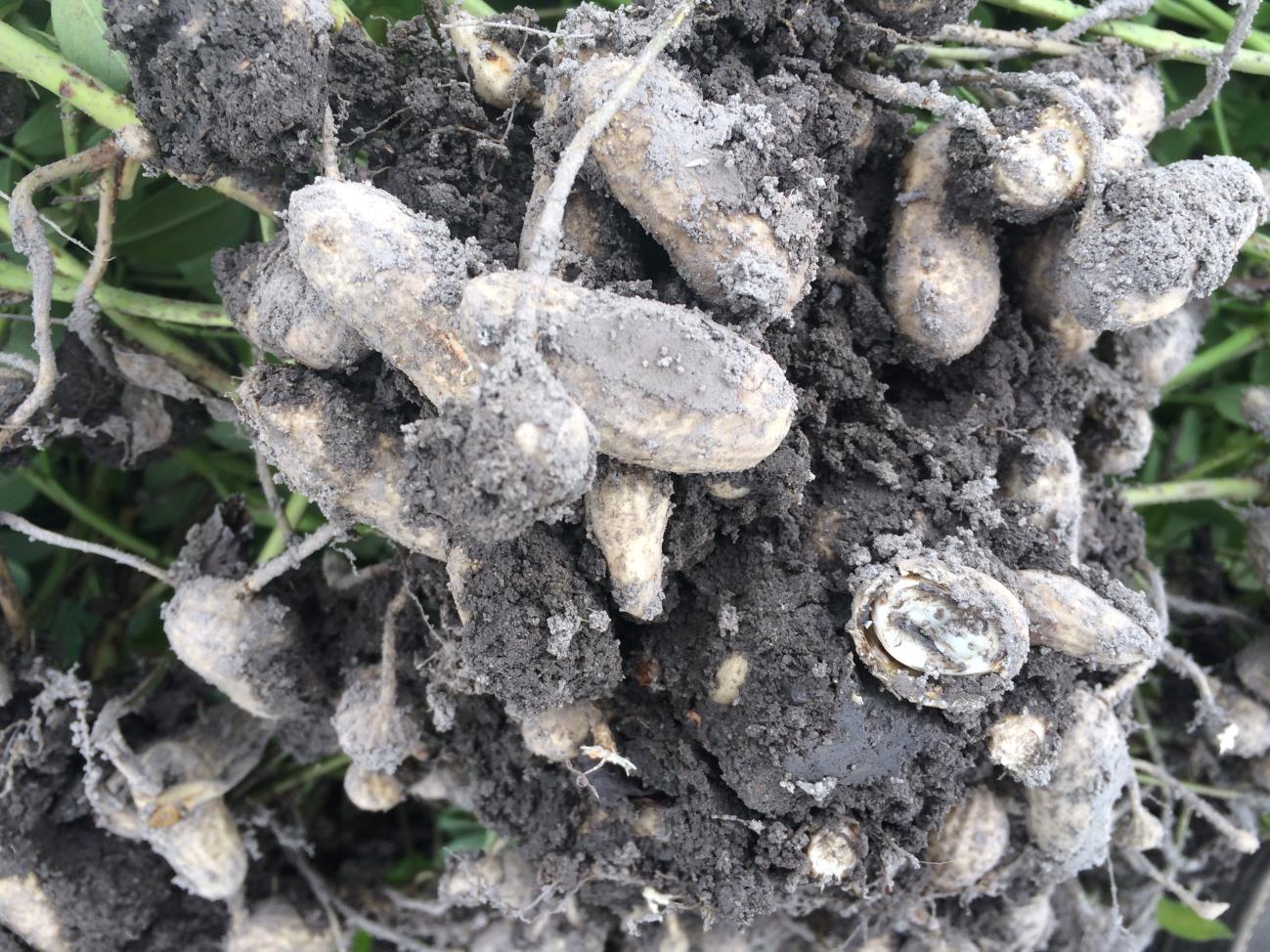