Many growers in the Virginia-Carolina (V-C) region have started planting operations including primary and secondary tillage and bed preparation (Figures 1-3). Conditions during the week of May 4-9 were very good in the upper V-C region (Virginia and central and northeastern NC) with rainfall from a low pressure system possibly having adverse impact on field operations in the lower V-C (southeastern NC and South Carolina). The system most likely will impact the entire region moving into the week of May 11. Air temperatures have warmed considerably during the past week and were in the mid 80s (F) during much of the week of May 4-9. This was considerably warmer than the previous week. Thus far no major issues have occurred for field operations, and while soil moisture may have started to become limited in fields due to relatively intense primary and secondary tillage, rainfall the weekend of May 9 and into the following week could restore some of soil moisture that has been lost. However, the final movement of the storm is unknown as of May 9 and rainfall accumulation from the storm. No major pest issues have been reported and growers planting into reduced tillage have been able to apply preplant herbicides in a timely manner. Growers applying fumigant for Cylindrocladium black rot (CBR) were delayed in mid-April but have been able to prepare beds now and should be able to plant the week of May 11 without hesitation. Challenges with early season weeds and thrips populations will not be known until the peanut crop begins to emerge in mid-May. 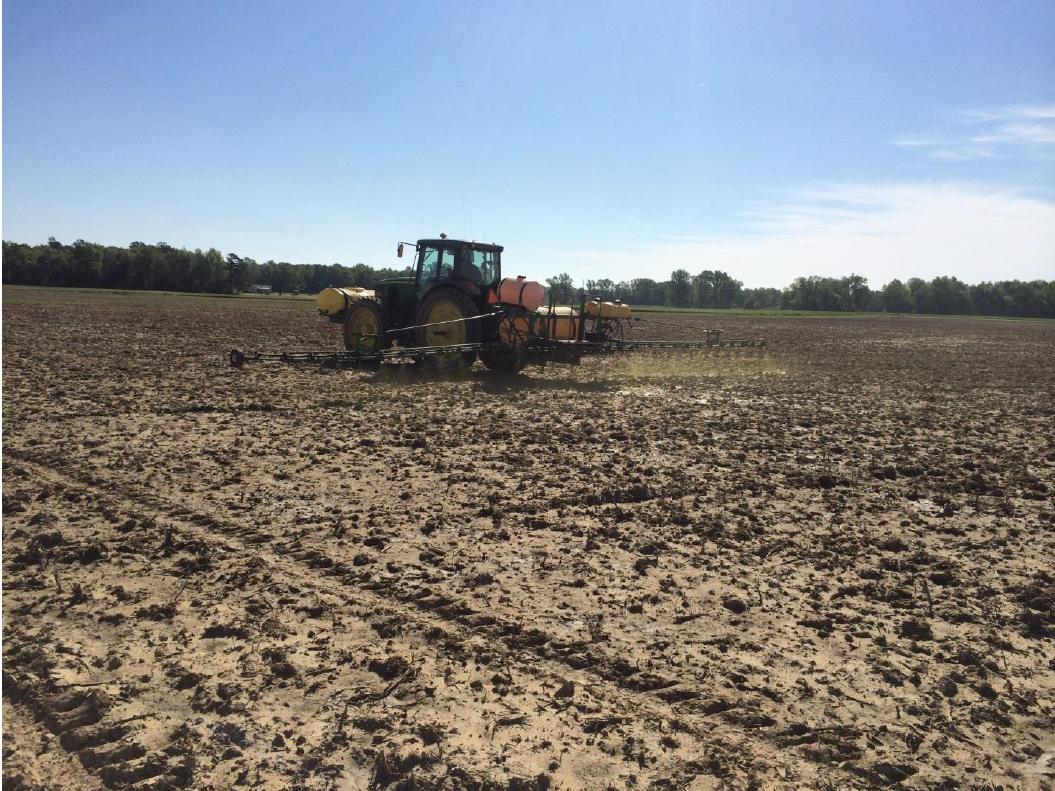 Figure 1. Application of herbicide prior to secondary tillage and planting. 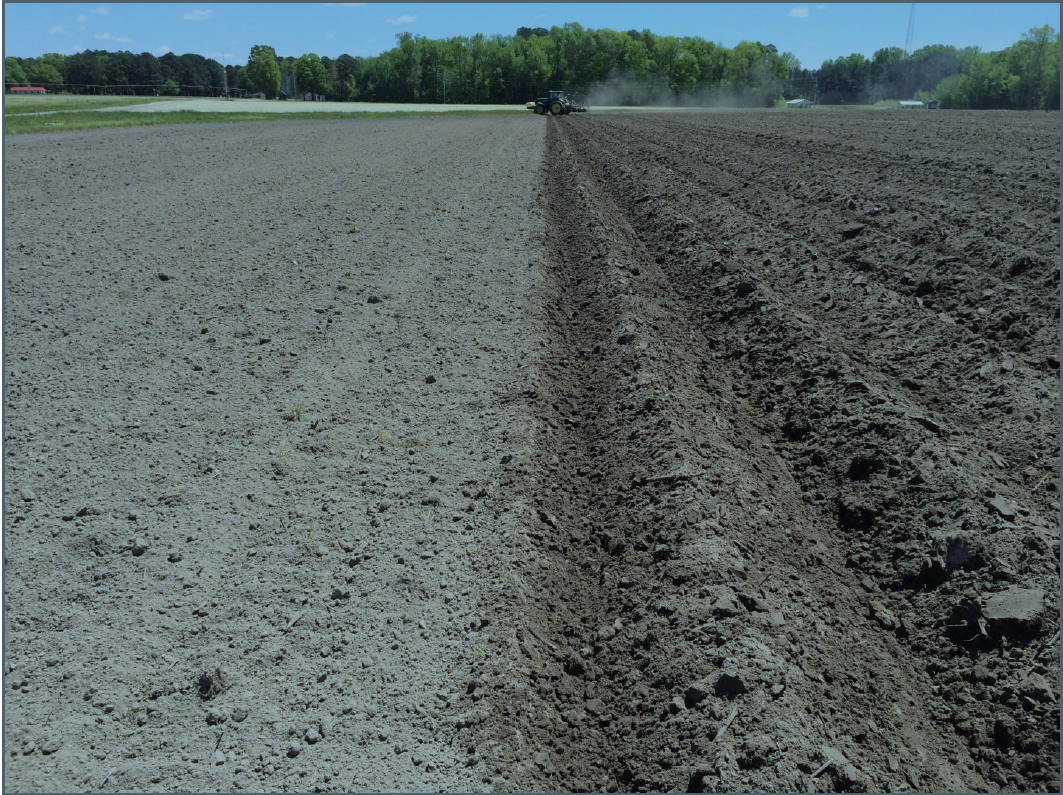 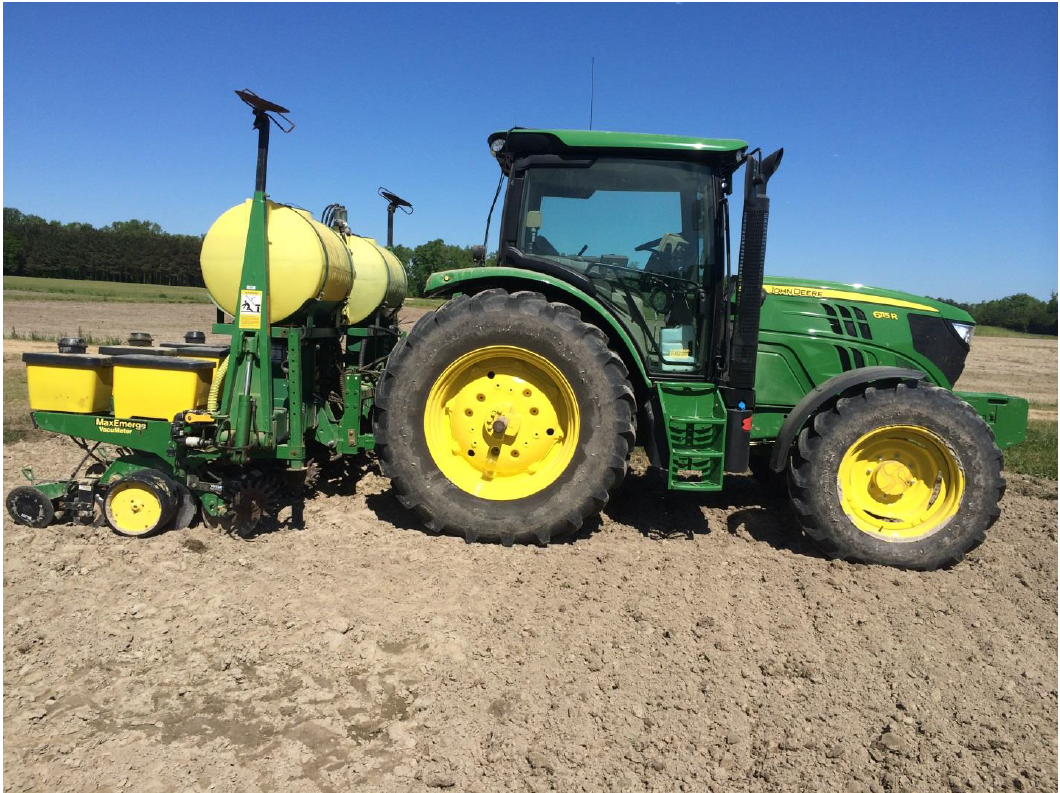