Find this article at:
go.ncsu.edu/readext?396238
— Written By David Jordan

The peanut crop in the V-C region is generally in very good shape. However, rainfall over the past 2 weeks has been erratic with some areas receiving ample moisture while peanuts in some areas are beginning to grow and develop more slowly due to limited water. Although unknown at this point, excessive heat during the week of June 15 most likely interfered with pollination of the earliest flowers on the plant (Figure 1). While the plant will continue flowering for weeks to come, in the V-C region capturing the first group of flowers as sources of viable pegs is desired because of concerns each year over the need to have adequate and sustained crop development during the season in case temperatures in the upper V-C become low in late September in a manner the delays pod maturation. Fortunately a cooling trend is anticipated for the weekend of June 27 and into the early part of the week of June 29.

Growers continue to manage weed escapes such as Palmer amaranth (Figure 2) in many fields and are in the process of applying calcium (Figure 3). Other practices during the next 2 weeks include insecticide for corn rootworms and application of manganese in some fields. The majority of fungicide sprays in the region will not occur until the first full week of July, especially in the upper V-C. There continues to be some concern about spider mites, especially on sandy soils that are dry at this point (Figure 4). There have been some reports of injury from soil-applied herbicides, and the persistence of injury has been enhanced because of dry conditions that have delayed plant recovery (Figure 5).

Peanut from Lewiston-Woodville in northeastern North Carolina planted in early, mid- and late-May are provided in Figures 6-11. This particular location has received very little rainfall in May and June and is representative of scattered but significant areas in the V-C. As stated previously, some areas have received significant rainfall in the past few days.

The peanut crop in the V-C region continues to be poised to do well but will depend on rainfall over the next 2 weeks in order to maintain high yield potential. Estimates remain the same for plantings at 230,000 acres (93,000 ha) for the V-C region. Yield estimate for the region remains at 4,000 pounds/acre (4,480 kg/ha). 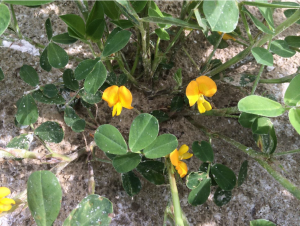 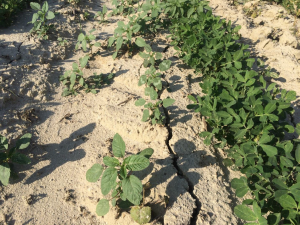 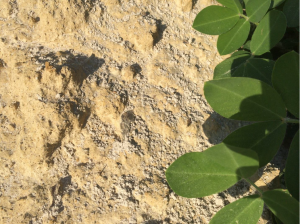 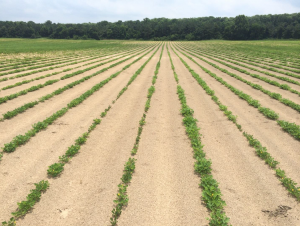 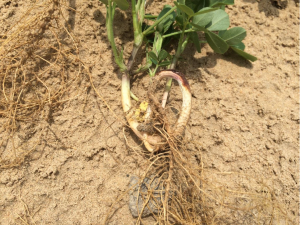 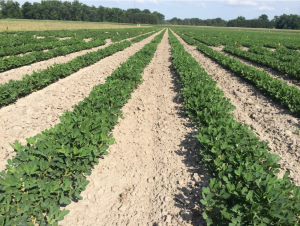 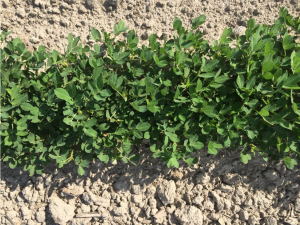 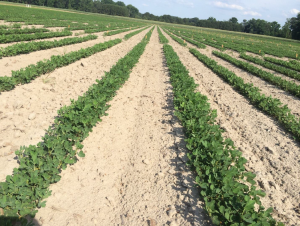 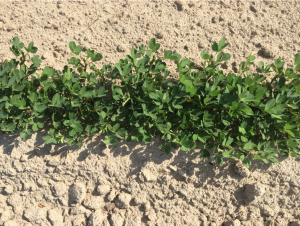 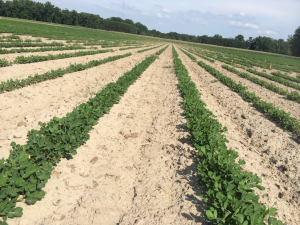 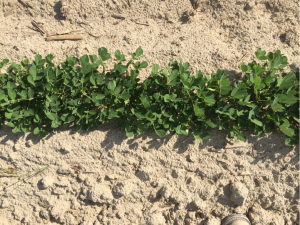