Find this article at:
go.ncsu.edu/readext?396565
— Written By David Jordan

The peanut crop in the V-C region is variable in growth and development due primarily to rainfall distribution. It is estimated that currently 35% of the crop in the region is experiencing considerable drought stress which ultimately could impact yield and quality. Peanut are resilient and much of this 35% could rebound and yield well, but yield potential is decreasing each week as conditions remain dry. The lower southeastern peanut area of the V-C is experiencing the greatest stress while the mid and upper V-C has received adequate though sporadic rainfall. For example, peanut at Lewiston-Woodville (Figure 1) have received adequate rainfall to move the crop forward and establish high yield potential while peanut near Rocky Mount (Figure 2), about 30 miles west, have been stresses for several weeks. Excessive heat during the week of June 15 and during the week of July 9 has increased concerns over pollination and establishment of early pod set (Figure 3).

In many fields growers are applying herbicides to control escaped weeds (Figures 4 and 5). Insecticide for corn rootworms has been applied in vulnerable fields and growers are now applying the first fungicide sprays. In some regions fungicide sprays are discouraged because of dry conditions and possible enhancement of spider mite activity. Calcium has been applied to Virginia market types and in many fields with runner market types. Micronutrient deficiencies are now being addressed relative to manganese and boron. Foliar-feeding insect populations are currently below threshold levels. Many growers apply prohexadione calcium to manage vine growth and enhance pod retention, and applications of this product occur at 50% row closure and will begin in the next few weeks for growers receiving adequate rainfall and optimum vine growth.

Peanut from Lewiston-Woodville in northeastern North Carolina planted in early, mid- and late-May are provided in Figures 6-14. This particular location has received very little rainfall in May and June but has received adequate rainfall during the past three weeks.

The peanut crop in the V-C region continues to be poised to do relatively well but dry weather and excessive heat have taken a toll on some production areas. Estimates remain the same for planted acres at 230,000 or 93,000 ha for the region. However, the yield estimate is lowered from 4,000 pounds/acre (4,480 kg/ha) to 3,900 pounds/acre (4,370 kg/ha) at the current time. 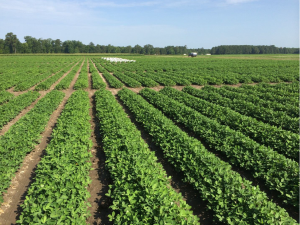 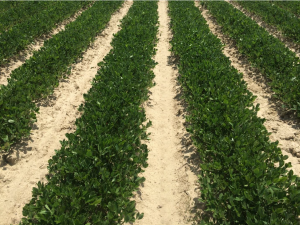 Figure 2. Peanut at Rocky Mount on July 9 under moderate drought stress for the past 2 weeks. 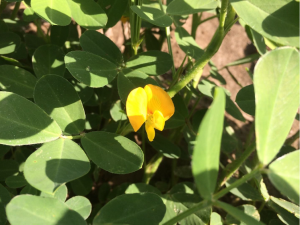 Figure 3. Flower in the peanut canopy on July 9. 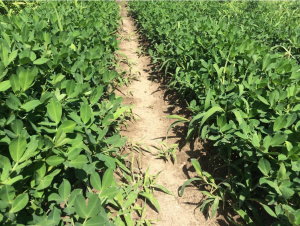 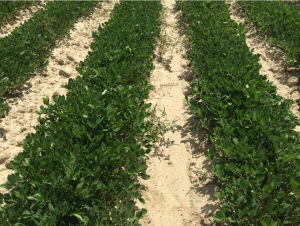 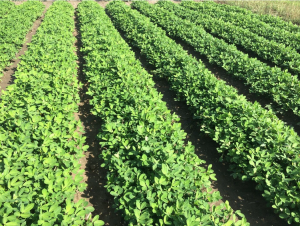 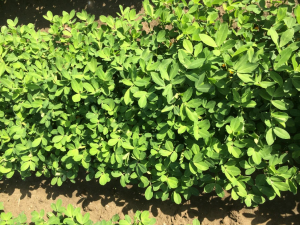 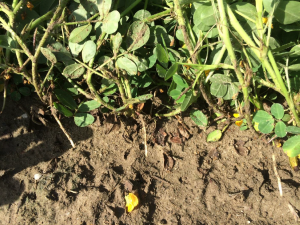 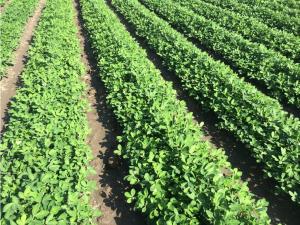 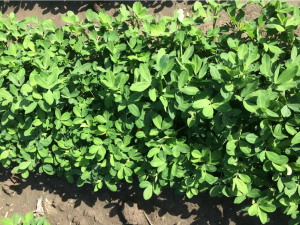 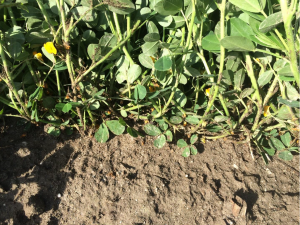 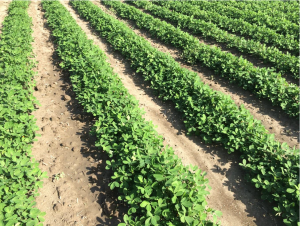 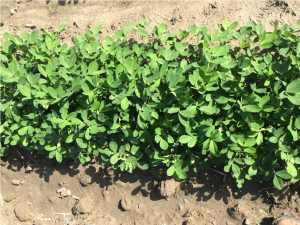 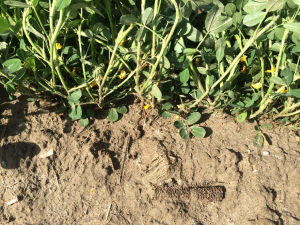