Maturity Versus Ready to Dig

Find this article at:
go.ncsu.edu/readext?397191
— Written By David Jordan

When would you dig?

These are close to optimum maturity now. Check out that green curve. I think they could be dug late this week and do really well. But no later than Monday.

The best thing to do is tell people when we think peanuts will be at optimum maturity. When to dig is another question only the farm can answer. And, weather dictates much of this. Our weather for the next week looks pretty good so we could leave peanuts in the field a little longer and still get them out. If it looked like a system from east or west or south was moving our way later in the week or through the weekend, as a farmer I might get these dug now. Baileys have help up pretty well when dug past our estimate of optimum digging date. But I would not push them too far in the real world.

Keep in mind with the older chart that has 3 curves (red, yellow, green) when you fall under green they are at optimum maturity and some of the black pods will shed more quickly than if under the green curve on the other chart that is in use (with only yellow and green curves.) 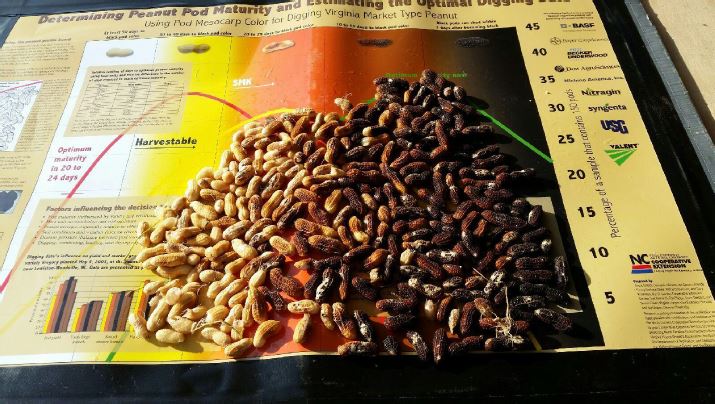