Find this article at:
go.ncsu.edu/readext?397286
— Written By David Jordan

The past two weeks have been challenging for growers to complete harvesting the V-C crop. As of December 1 approximately 5% of the crop remains in the field. In Virginia the crop is completely harvested while in North Carolina 3% and in South Carolina 8% of the crop remains in the field. This is a slightly higher estimate than the previous report and includes fields that were abandoned after major flooding earlier this year. The harvest season has been 3.0 months for the V-C region during 2015. This is much longer than in most years and yield and quality will reflect delays in both digging and harvesting. Lower yield and quality during 2015 was compounded by dry conditions during much of the summer, especially in South Carolina and the mid and southern regions of North Carolina. These areas of the V-C region also experienced the greatest impact from flooding and prolonged wet weather during much of the harvest season. Freeze damage has been almost non-existent across the region and above-average temperatures have persisted through November. Estimates continue to be that 1% of the crop will be deemed segregation 2 or damaged peanuts. The percentage was higher for some growers depending on when they dug peanut and the amount of time peanut remained in the field prior to threshing. 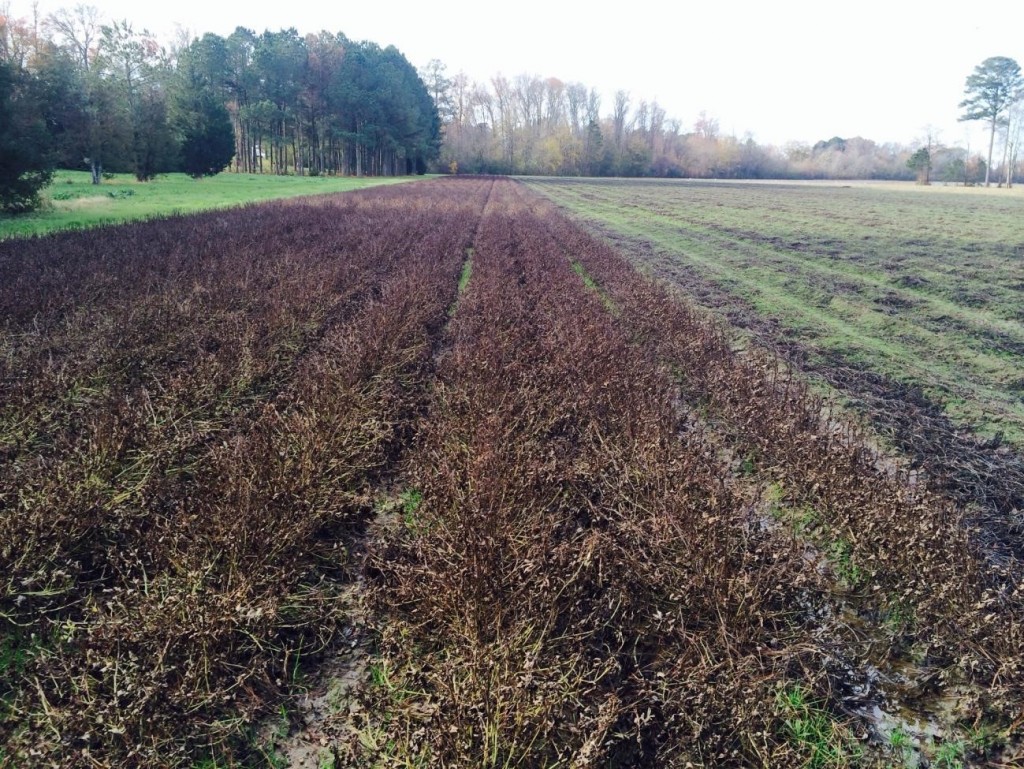 Peanut remaining in the field during 2015 without digging. Image taken December 3. 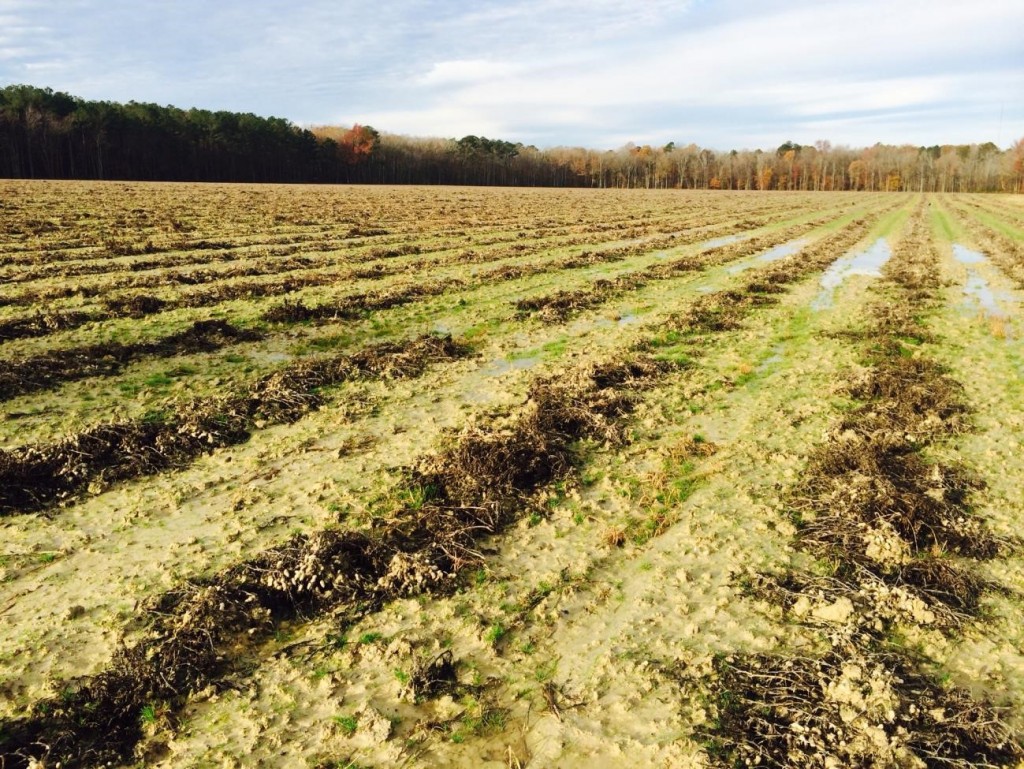 Peanut remaining in the field during 2015 after digging but before harvesting. Image taken December 3. 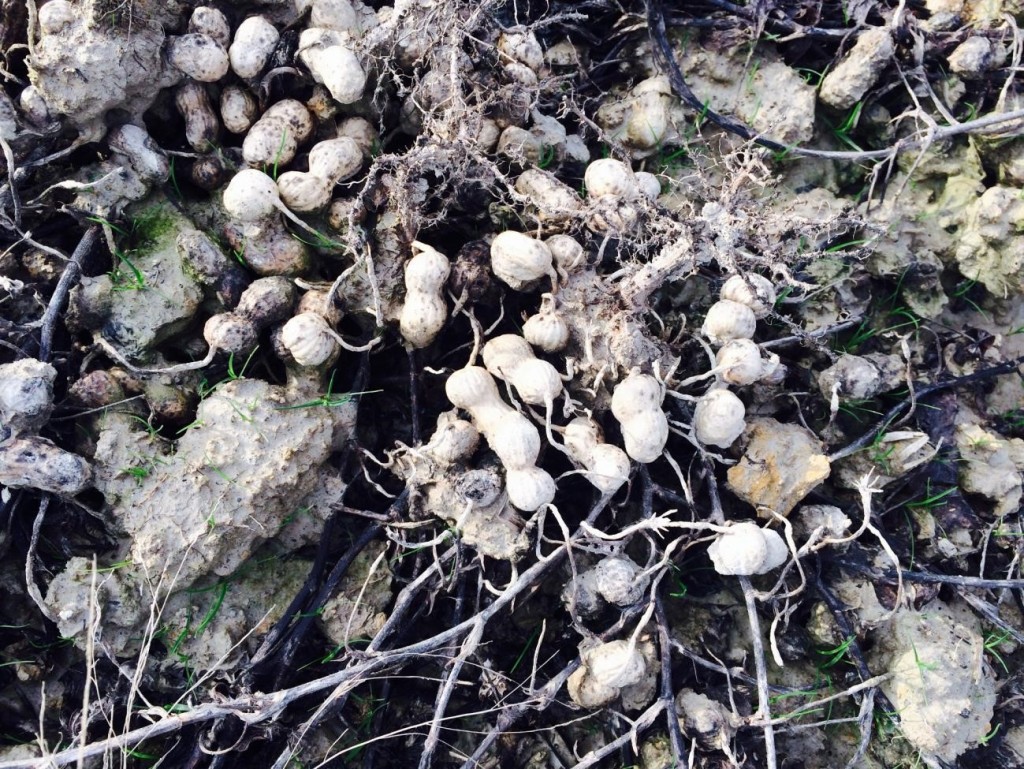 Peanut quality after remaining in the field through November. Image taken December 3. 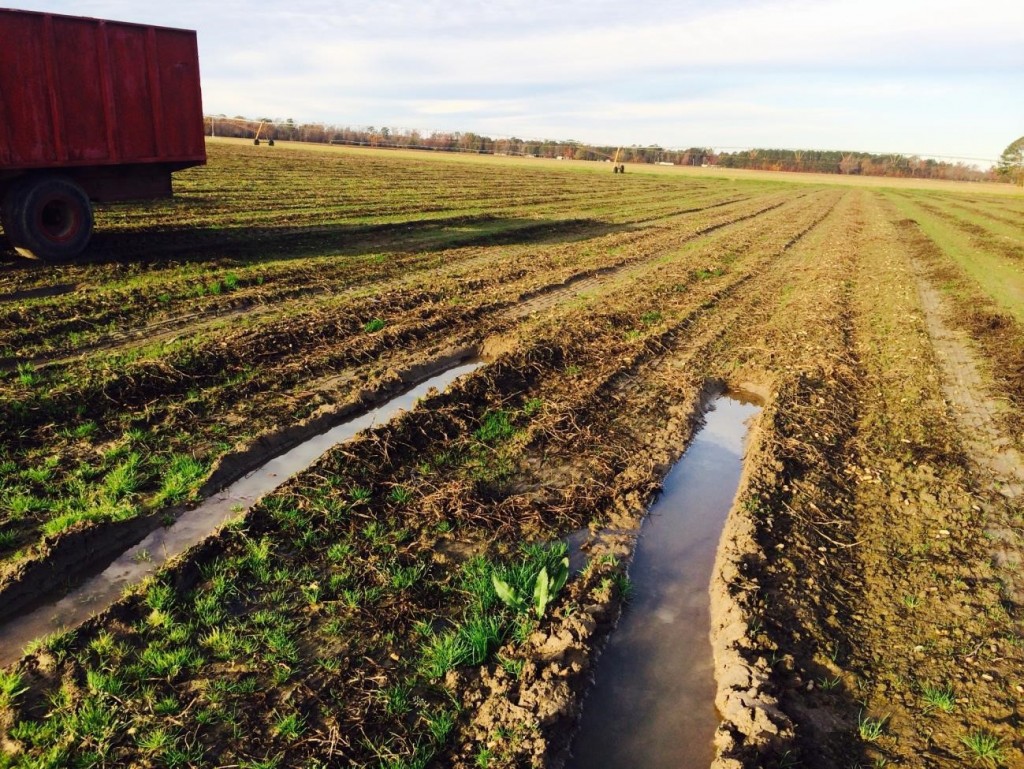 Poor conditions for harvesting in the V-C region.