Return of the Fungi

Things have been relatively quiet here at the NC State Turf Diagnostics Lab with regards to disease samples, however that has changed in the past couple of weeks now that warm-season turfgrasses are starting to fully wake up from their winter nap. So, without boring you to death with blah blah this and blah blah that … here’s the rundown.

Many samples have been submitted both digitally and physically to the clinic over the past few weeks that have shown winter damage. The majority of these samples were taken from shady, wet, and/or north facing slopes. These are typical areas we expect to see this type of damage on warm-season turfgrasses. In most cases, it appears that green up has been delayed and no complete turf losses have been reported. The exception to that has been centipedegrass. We have seen some centipede lawns that we can’t find any disease, insect, nematode, soil problem, etc. where winter kill is strongly suspected. This is all unfolding as I type this, so we may see cases of other warm season turfs with winter kill as they continue to fully green up across the state.

From a disease standpoint, the most common diagnosis in the past week or so has been spring dead spot on bermudagrass. This has been documented on common, hybrid, and ultradwarf types. Given the fact that spring dead spot is highly correlated with cold injury, it is no surprise that there is a lot of spring dead spot damage out there this year in North Carolina. There is nothing you can do from a fungicide standpoint at this time to recover from this disease because the damage was done last fall. Read more about spring dead spot.

As expected, we haven’t seen many cool-season turf samples in the past few weeks since they are able to withstand the ravages of fungi for the most part in the spring and fall.

One exception has been red leaf spot, caused by the fungus Drechslera erythrospila, on creeping bentgrass putting greens. This is a disease we have observed over the past several years. For the most part, it has been fairly random and isolated, however we are starting to see more and more of this disease for whatever reason. If you think you have red leaf spot, now is the time to treat. None of the samples that have come into the clinic are producing spores yet. This tells us that while the fungus is waking up and starting to infect via mycelium spread, it hasn’t reached it’s full potential to produce abundant spores. Once spores are produced, the damage will be more widespread and rapid. Read more about red leaf spot.

Finally, we have observed some dollar spot damage on perennial ryegrass in over seeded situations. Recent weather patterns have been favorable for this fungus to start coming out and eating away at our precious stands of perfect turf, so beware! If you haven’t started your preventative dollar spot programs, now’s the time … especially on high value turf like creeping bentgrass. Read more about dollar spot. 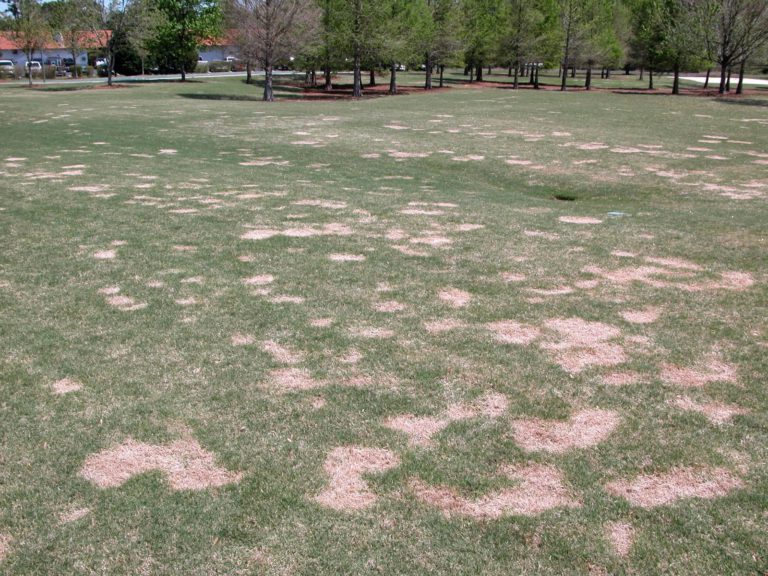 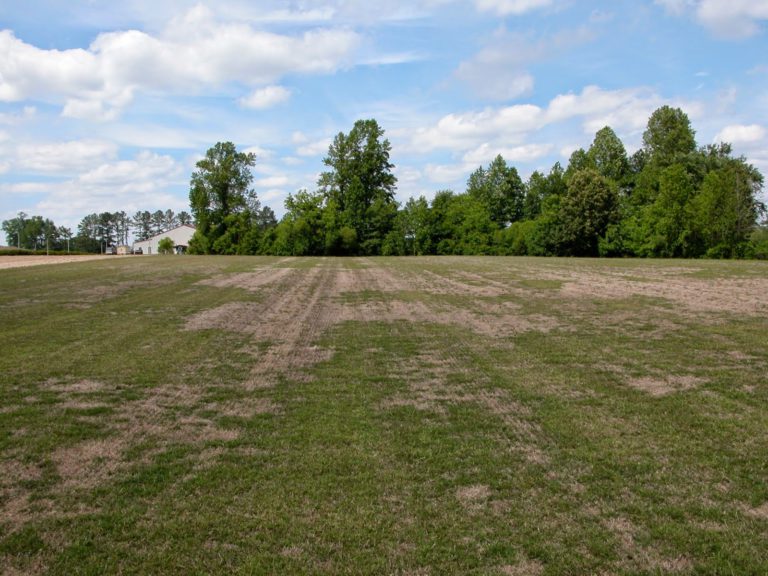 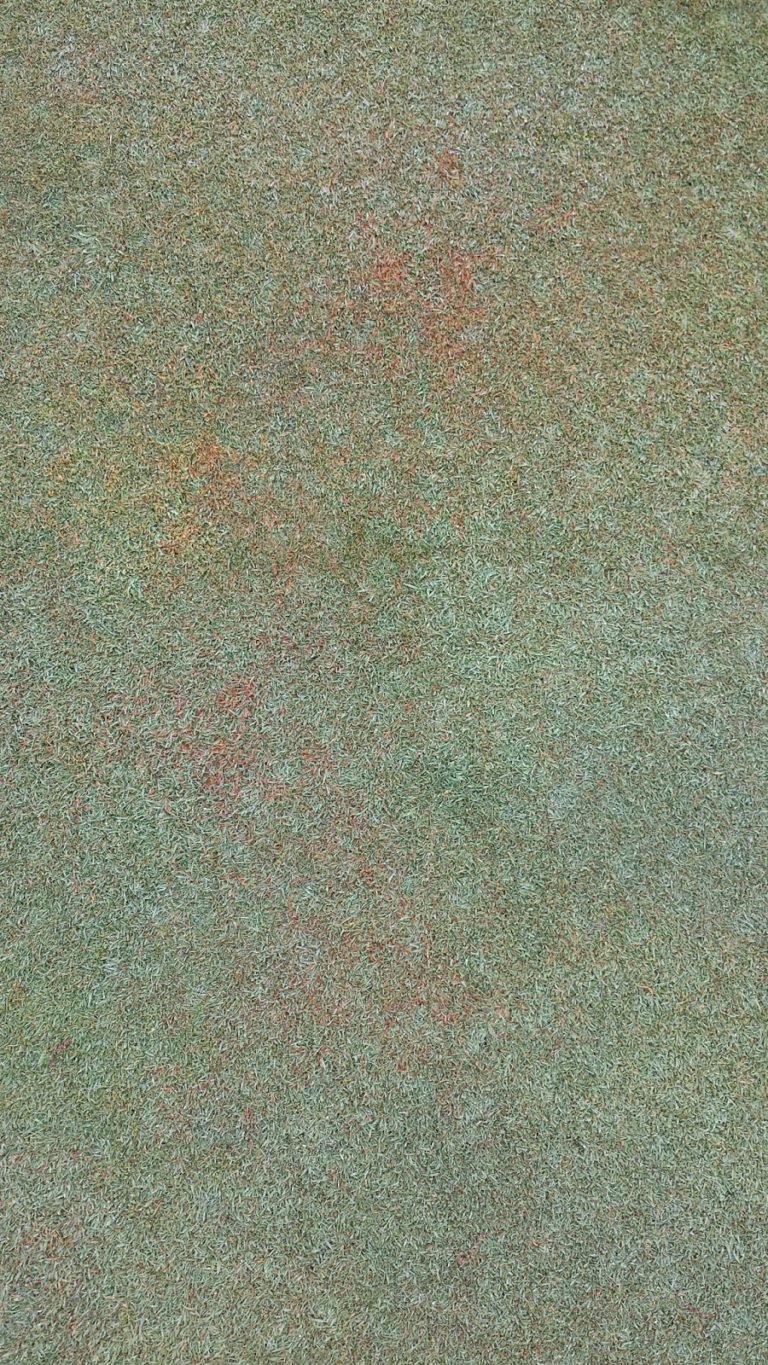 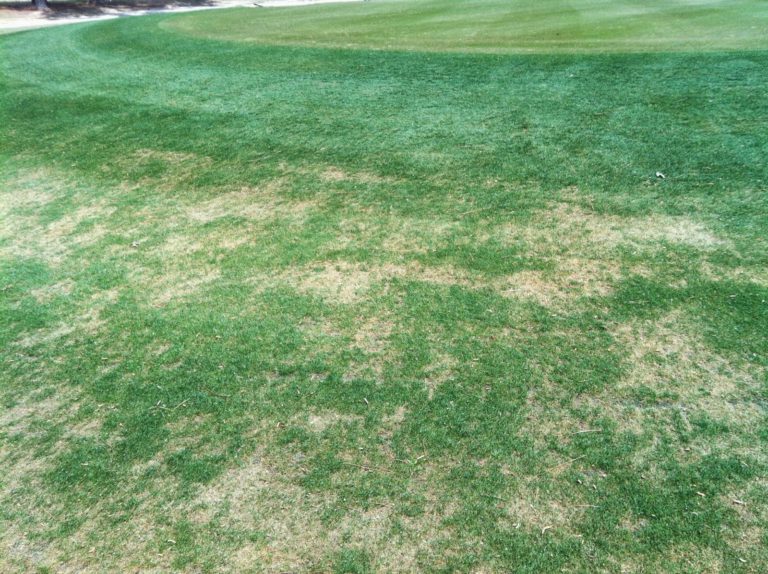